Google released the latest version of Android, An update to Jelly Bean known Android 4.3 What is the interest of handset manufacturers. 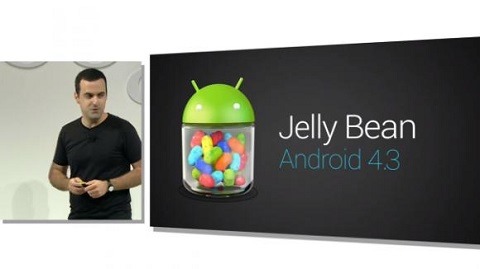 Unfortunately, HTC could not tell us if or when Android 4.3 comes to mobile phones range HTCNor that it will receive the update line, despite the fact that Google confirm that Google Edition HTC One would get the update "soon".

Samsung is directly related to time, and does not come with good news. The company said: " Samsung UK confirms plans to upgrade Android 4.3 devices Galaxy selected in the coming months. "

This means it could be in 2014 until we begin to see updates Samsung Galaxy S4 pe Android 4.3

This is not a complete list of devices that can be made to the latest version Jelly BeanHowever, Sony, Revealed that he planned to "bringing devices running the 4.1 directly to 4.3".

LG do not give too much information at this time, saying they "LG is keen to ensure that its handsets running on the latest software, but in this moment we can not confirm which phones will support Android 4.3. "

It remains to see what the manufacturers and the phones will be updated with this latest update Android Jelly Bean 4.3.

February 10
Back to top button
Close
Close
This site uses local cookies to give you a good online experience and cookies from Google and third partners for traffic and marketing analysis. Find out what cookies are used, what it is used for, and how you can turn it off by following the "Cookies policy" link. OKCookie policy