Japan's Sony were inspired by the strategy of the Samsung and began lanasarea mini models of Full HD screen models in the portfolio. Thus was born, and the new Sony Xperia ZRA smaller version of Xperia Z, a Android smartphone with a 4,55 ”display that can compete in performance with its mentor and in terms of resistance it even exceeds it. Xperia Z is equipped with a capacitive display with technology Bravia OptiContrast OLED that enhances image clarity in natural lighting conditions. The Android v4.1.1 Jelly Bean running on a platform Qualcomm Snapdragon APQ8064  with a procesor Quad-Core Krait 1,5GHz and one unit 320 Adreno GPU.  8GB internal memory can always be extended by up to a card 32GB microSD and 2GB RAM ensure fluency in running multiple applications simultaneously. 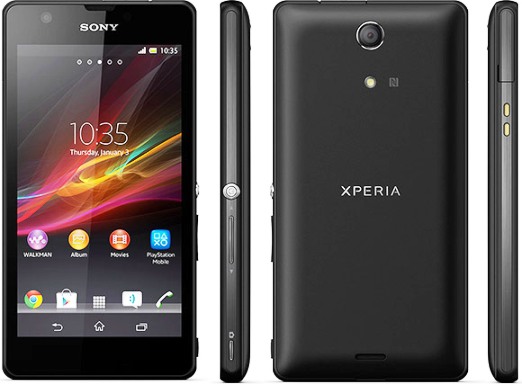 Connectivity is at the highest possible level of customary options NFC, LTE, Wi-Fi or Bluetooth v4.0 and multimedia section is represented at high levels using the camera function 13MP HDR which has an integrated Exmor sensor and a dedicated button protected Water Proof, placed on the side. The main advantage of the Xperia Z series is its resistance to dusty or liquid environments, the standard of proTector IP58 ensuring its operation without proproblems in case of minor accidents such as leaking into the water or when you want to make underwater frames but up to 1m deep and for only 30 minutes. The new Sony Xperia XR is equipped with a battery that can sustain life 2300mAh gadget to 500 hours of stand-by and talk time up to 13 hours. The new Xperia ZR will be available initially in Japan under the name Xperia SO-04 and will be available in late June following the fall as to be present in international markets.

Lumia 925, a WP8 Dual Core is the new flagship of Nokia and was launched yesterday in London