Samsung offensive start this fall and launch the new model series Notes so Samsung Galaxy Note 3 was presented at the exhibition IFA 2013 The Berlin. The new gadget has a Super AMOLED display The 5,7 "a little larger than Notes 2 entering deeper tablet segment. The new Samsung Galaxy Note 3 comes equipped with an exceptional hardware platform made up of a chipset Qualcomm Snapdragon 800, a Kather 2.3 Quad-core 400 GHz processor for the model LTE N9005 or Octa Core consists of a quad-core Cortex-A1.9 15 GHz and a quad-core Cortex-A1.3 7 GHz 3G model and module GPU is a Adreno 330 what can handle the most demanding multimedia applications and the 13MP camera that can shoot at 4K resolution with 30fps. The storage space is 32GB or 64GB and can be extended even further to 64GB if necessary via the slot microSD. 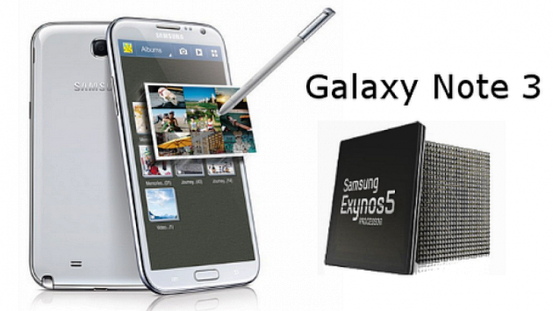 New Notes 3 is thinner than 2 version and has only 8,3mm thickness despite equip a much larger battery for longer battery 3200mAh good. The new Samsung Galaxy Note 3 running the latest version Android v4.3 Jelly Bean and specific applications Samsung and will definitely be one of the models who will fight for the title of 2013 phone in direct competition with HTC One si LG G2Models performing close and enjoying enormous interest furniture market. The new Notes 3 will be available on the market starting in October and will strengthen the market dominance Samsung increasingly powerful in recent years.