Giant LG, 2 th largest producer of electronics and South Korea after leader SamsungContinues massive investments to rival or connationalul and launches the most powerful model smartphone from the market. The new LG smartphone is the most advanced G2 Android that exceeds the technical specifications current leader Samsung Galaxy S4. The new model was launched in New York these days in all territory Apple just as Samsung did last year, hitting both direct competitors iPhone 5 si Samsung Galaxy S4. The new model is equipped with a Korean True HD IPS + display LCD Why send 5,2 generous inch model to segment phablet with a density of 424ppi, edge-to-edge offering excellent multimedia experience. The front and side no longer any button, Power, Volume Up and Volume Down was banished to the back of gadgetsThey meet's dual function: pressing the volume down for 3 seconds starts directly at the camera and volume up opens the app QuickMemo. 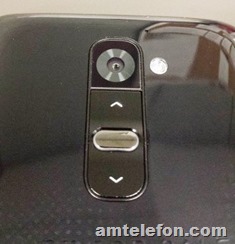 Hardware platform that builds new LG G2 consists of a chipset Qualcomm Snapdragon MSM8974 800 with a Krait 400 Quad Core processor that works at frequencies of 2,3GHz and an Adreno 330 GPU module that delivers impressive graphics processing power alongside 2GB RAM. The multimedia part is provided by a 13MP camera with optical image stabilization and multi-point focusing (premiere on a smartphone), making images of superior quality to other models that can be stored in the internal memory of 16 / 32GB.

Full connectivity is compatible 4G and customary model's nothing, features NFC, Bluetooth 4.0, LTE and HSDPA or Wi-Fi and even infrared port that can transform your phone into a smart remote. 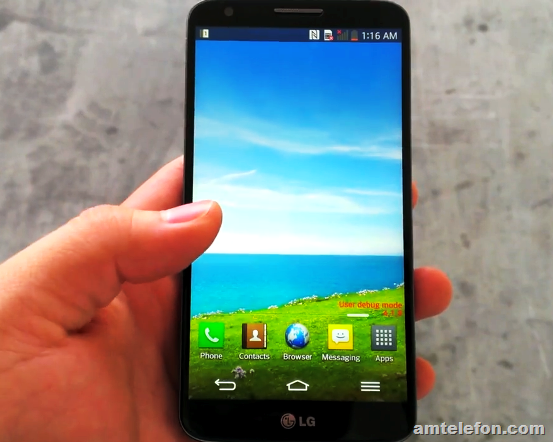 New LG G2 runs Android v4.2.2 Jelly Bean and comes with some preintalate own applications such as:

Autonomy new gadget is one of the most important criteria in alagerea this model 3000 mAh battery struggling to provide even a giant smartphone operating day.

The new LG G2 will be sold initially in South Korea and in the U.S. and Europe later this fall and look forward to new releases and perhaps the effect of speeding up the launch of the Samsung Galaxy Note 3 scheduled for September this year.