NOKIA has released one firmware update one of the most popular mobile phone models, NOKIA E75. The NOKIA E75 features an 2.4-inch display and a QWERTY slide keypad. The new firmware update is v211.12 and contains some fixes for a series of bugCEs present in minor softwareCPC this phone.

Here are some characteristics of the new firmaware for NOKIA E75:

- Improve our system to the device's lock 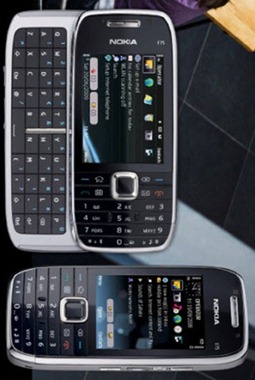 Before the firmware upgrade, most mobile phone manufacturers recommend backing up the data on the phone's memory and on the card. For NOKIA E75 mobile phones, this is not required. The new feature, UDP (User Data Preservation), allows data storage during firmware upgrades, so nothing will be lost.

Updating firmware can be done by Nokia Software Updater or directly from Nokia.

August 7
Back to top button
Close
Close
This site uses local cookies to give you a good online experience and cookies from Google and third partners for traffic and marketing analysis. Find out what cookies are used, what it is used for, and how you can turn it off by following the "Cookies policy" link. OKCookie policy