Shortly after the mobile phone division Nokia was purchased by MicrosoftIt launched first smartphone Nokia cu operating system Android, Nokia X. It is not running but only attempt Nokia to integrate the market proshowers for AndroidCompany launching after just one day a launcher dedicated to this mobile OS.

Z launchernew proiect Android al NokiaIs a replacement for the home screen devices running the operating system Android. This is not just a way of accessing primary applications and other system settings, Constantly modifying Launcher homescreen based on patterns of use and locations in which there are users. 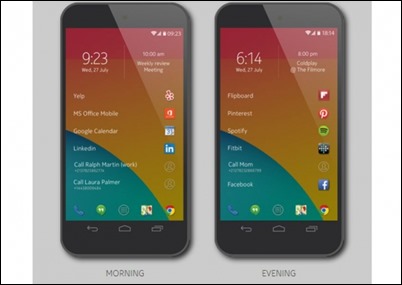 Thus, this register are the most common applications used by users and monitoring periods the day in which they are used. In addition, the launcher is equipped with another feature very interesting: users only need to draw in the middle launcher's a letter for it to carry out a search and display all results, including system applications or website suggestions GoogleThat start with that letter.

Momentary, Z Launcher It is available in beta (trial) And only English languageAnd the list of compatible devices is still quite short: Nexus 5, Samsung Galaxy S5, Galaxy S4, Galaxy S3, Moto X, HTC One si Sony Xperia Z1. If you are curious to test the launcher and you have a compatible device (the ones listed above), you can Z launcher download using link below.

If it is released, the Nexus 6 will not be proled by LG

The best applications and games for Android