Nokia X2 will resemble the look of the line LumiaBoth external (body si the device housing) And the appearance system (Which, even if Android, Striking resemblance Windows Phone interface). Housing device will be available in colors green, orange, white, yellow, black si grayThis being an issue glossy which Nokia hopes will tempt users who like a little color on personal phones. 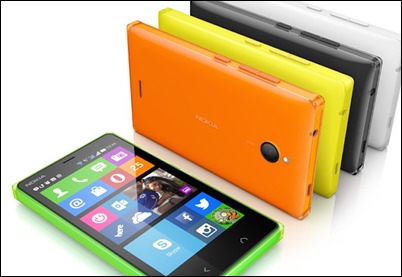 Nokia X2 will be available soon, according to NokiaIn a number of countries (though these were not specified, nor what means "immediately" was not explained) to price $ 99.

September 20, 2014
Back to top button
Close
Close
This site uses local cookies to give you a good online experience and cookies from Google and third partners for traffic and marketing analysis. Find out what cookies are used, what it is used for, and how you can turn it off by following the "Cookies policy" link. OKCookie policy