Even though NOKIA has long been a competitor in the mobile phone market, its brand continues to gain interest. He walked over to Mcirosoft and eventually came to HMD Global, the NOKIA brand probribes more than ever a strong entry into the smartphone market.

If 12 years ago NOKIA Dominates the market mobile phone, And to make a comparison, he was holding out of the market at that time as much as they now hold Apple, Samsung, Huawei si LG Together with the emergence of smartphones and smartphones iPhone, NOKIA has entered into a Constant decline.
partnership NOKIA - Microsoft Tried a resuscitation of the brand, but it was not enough even for the nostalgic. Windows Mobile / Windows Phone Has turned out to be a not very user-friendly system, and competition on the market with Android and iOS was fatal.

After a few years, the NOKIA brand returned home to Finland and the company HMD Global probribe sa prolead top smartphones under this brand. The newest creation is NOKIA 8.
Announced recently, NOKIA 8 is a top of smartphone HMD Global, And after design and features has all the chances of being a competitor to be considered in the segment: Android.

On the design side, NOKIA 8 is not bad at all. It is built of one Compact aluminum block 6000 careful finished (mirror) and elegant. That dimensions, the smartphone can be handled very easily with just one hand. 151,5 mm x 73,7 mm x 7,9 mm Are sufficient dimensions.
O prothe problem would be the color range. NOKIA 8 is released in Four color variations which is black. Blue Sanding (Navy blue), Blue temperate, Hotel (Grey) and copper-colored Sanding (Orange).
A fairly large number of people do not think the smartphone / mobile phone is color other than black.

As I said above, NOKIA 8 comes with Android 7.1.1 Nougat. Operating system supported by a prolast generation cesarean Qualcomm Snapdragon ™ 835, Octa core, (4 2,5 GHz Qualcomm® Kryo ™ CPU + 4 1,8 GHz Kryo) and a memory 4 GB RAM LPPDDR4X. Procesorul probribes to behave very well in the most demanding games and applications that require graphics. all with a Low battery consumption.
5,3 ”IPS QHD display with a resolution of 2560 x 1440. Made of scratch and shock resistant glass. 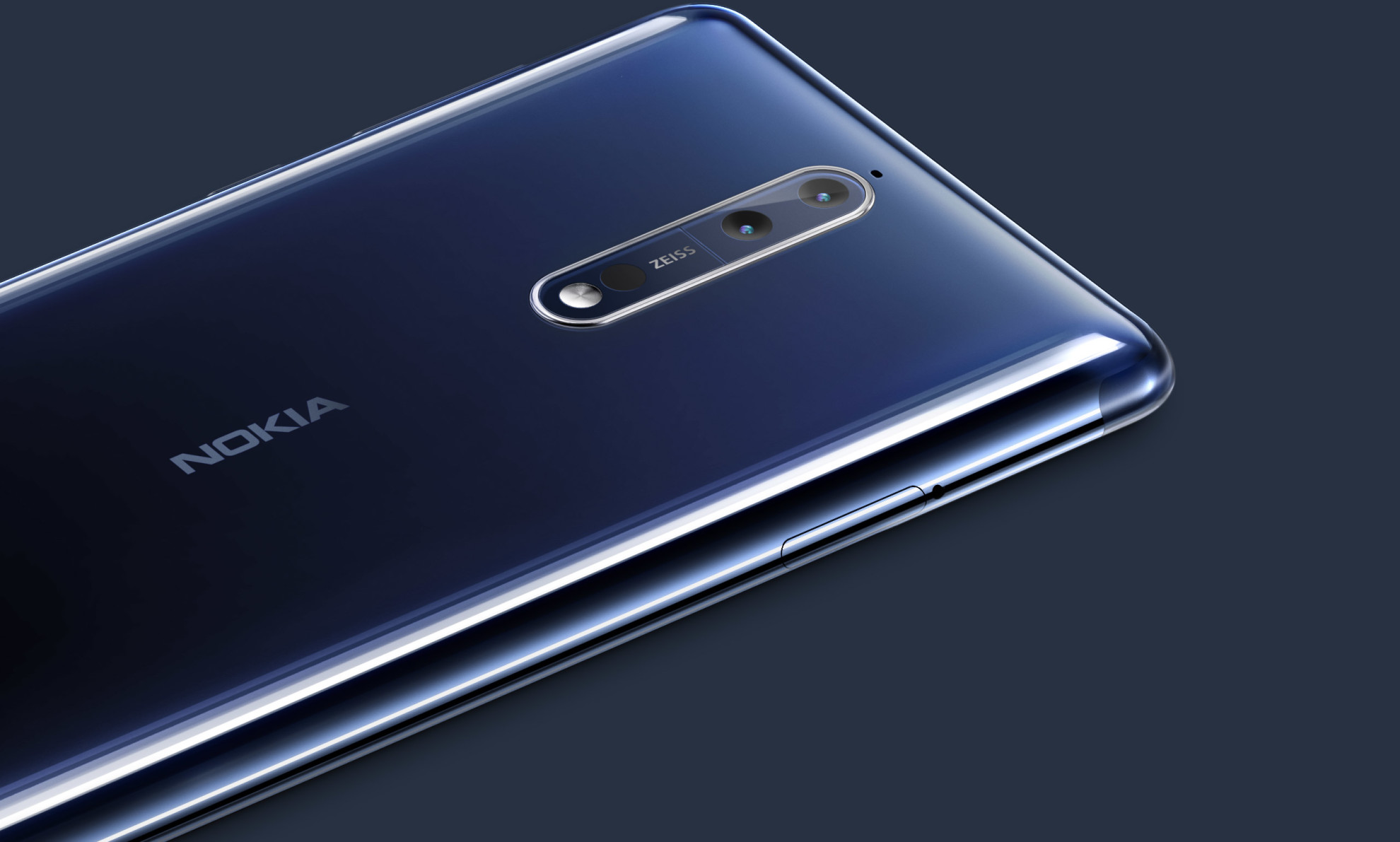 Both cameras are provided with lenses Carl Zeiss.

In this chapter, compared to any other device in the market, NOKIA 8 is very good. Recording at 4K resolutions with audio system Nokia OZO spatial 360 °.
module Audio Focus allow Capturing sound from a certain direction, Greatly reducing ambient ambient noises. Ideal for capturing video on the beach, in the club, at the pool, or in a crowded crowded environment.

Regarding price, Those who want to buy one NOKIA 8 will have to take out of pocket apromately 600 EUR.

IPhone 8 - Images and Features of the First OLED iPhone