We all know that laptops Apple range Macbook Pro they have not changed their design for a very long time. These have been internally upgraded with high-resolution displays with newer trackpads and faster processors and drives, or a slim profile, but on the outside they are largely identical to the models launched with better 7 nor. A realistic speculation is that this could change into 2016, with the introduction of OLED surfaces above the keyboard. 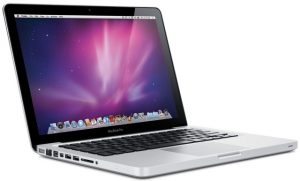 With a delicate design, Apple could drop the "F" keys, above the keyboard, in favor of a tactile surface with OLED screen, which provides instant access to various functions such as display brightness or key brightness, volume volume. This could be positioned at the top of the keyboard and even integrate a fingerprint sensor for biometric authentication through TouchID technology, This already iPhones si iPads. Some rumors say the changes will not stop here. Along with the reduction in size and the introduction of a secondary OLED screen, it is suggested to minimize the weight by implanting a new system for holding the laptop's base display. The information that is still unconfirmed at present reveals a construction of these components by injecting metal into the production process, Surface tablets. Apple it could work with the same partner to which Microsoft's rival also calls for these components. Other news related to the new models Macbook Pro as the integration of Ports USB Type-C si Thunderbolt 3.

Along with the new Macbook ProIt looks like we will have a new model Ultra-slim Macbook with 13 display ". It is unclear whether it will underpin the 12 model "or whether it will remain in the offer alongside it.