After aprowaters a year after launch and millions of copies sold, the most popular model of smartphone Android finally gets his long awaited update for moving to the fourth version of the operating system Android. The update will be done prowrong and the date of its installation may vary by a few days. 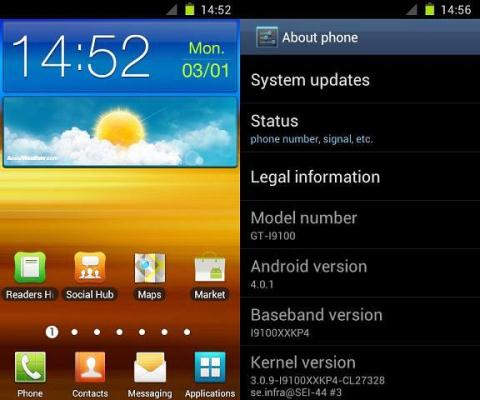 The update can be performed using Odin original software SamsungWhich is used by authorized service providers. Although the net can download additional versions of the update to ICS officially just yet Samsung Israel confirmed this new change and estimated date for this release. In the future we will post a tutorial with the stages of making this update for.

Samsung Galaxy Pocket, a most entry-level Android smartphone in its class

Save your photos, music and movies on Android smartphone via the cloud Box