We're not sure if it is a surprise to those of the recent disclosure MotorolaBut in two days irma came the official announcement. Motorola and Verizon have announced successor Motorola Droid XMotorola Droid X2. 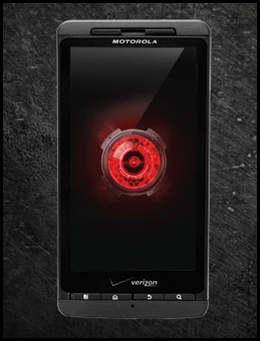 What we noticed first in this device is the CPC 4.3-inch Anti-reflective cu resistance to scratching and qHD resolution (960 × 540).
The handset will be supported by a chipset  Dual-Core Nvidia Tegra 2 1 GHz, 512 MB RAM and an internal memory of up to 8 GB. On the back of the phone find Camcorder de 8 MP lighted two LED flash-hate. Motorola Droid X2 can be considered a small video camera. resolution up to 1080p HD Video recording is sufficient to meet all demands. Even if excels in photo and video quality, X2 Droid is not equipped with a video camera for video calling.

Other characteristics of the Motorola Droid X3

It is strange that although it is released toprosix months Android 2.3 Gingerbread, Droid X2 was equipped with Android 2.2 Froyo. One thing at least unusual for handsets that wants to have top-class category smartphones.

Double the Does
Droid X2 is fueled by a dual – core 1GHz process. Translation: faster load times, faster gaming, and a much faster you. Bring on the rich media, the animations, and the Flash® videos, because you are now a no – holds – barred browsing beast.

Multimedia Mission Control
Capture the images That is rightfully yours with rapid-fire photography, continuous auto-focus, dual LED flash, and the eagle-eye clarity of year 8MP room. Flip the switch to record video in HD 720p Even if you're losing light, darkness Because Does not stop Droid, and it no longer stops you.

More Vigorously Vivid
Display your visual virtuosity with a qHD 960 × 540 display that bestows upon your pupils 26% more pixels than Droid X. Mirror your Droid with any HDTV or computer with HDMI and broadcast the brilliance in 1080p HD.

An Apps Explosion
Eradicate idle time with year army of apps awaiting your orders in the Android Market and V CAST ™ Media Store. Work, play, read, or socialize with the ever-expanding world of Android apps. Visit the Media Store to learn more.

Currently no operator in Romania (Orange, Vodafone, Cosmote) has announced the launch of this device.