Just a few months after buying mobile deviziei Nokia, Microsoft announced plans restructuring of by cutting 18.000 jobs. At the same time, Microsoft also announced its intention to quit the Nokia X seriesDevices that have been outlined for this will be released as Lumia products and will run the operating system Windows Phone. Also, a memo for company employees who were accidentally made public, reports that no Nokia Asha series (Series 40) Has not escaped the planned cleaning of Microsodt the company following its cease and production and other Low-cost handsets (Devices Nokia featured), And will focus on producing Windows Phone smartphones. 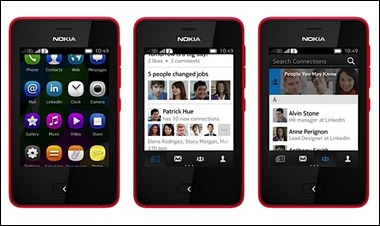 To focus on the growing momentum behind Windows Phone, we plan to begin ramping down Immediately developer engagement activities related to Nokia X Series 40 Asha and apps and shift support to maintenance mode.

We are Committed to supporting our existing customers Mobile Phones, and William ENSURE proper operation DURING the Planned controlled shutdown of services over the next 18 months.

Although Microsoft's desire to focus on devices that will run Windows Phone is understandable, the decision to quit producing low-cost phones will surely be a hit that will be supported by hard mobile market (Most likely users of these devices will subsequently migrated to devices Android cheap if Microsoft will not provide affordable alternatives in the next year).