While Apple decided to restrict drastically access to the file system iOS platform and Google allowed users Android to do aprowater everything that goes through their heads, Microsoft chose a middle approach. Access to the public and a few directories SD including the official application is facilitated FilesBut between this and the complex Pocket File Manager exist applications which optimally combines simplicity with plenty of options.

media Explorer not strictly observe the lines Modern UI designAlthough application uses several standard prefabricated elements such as menu App Bar the bottom of the display or context menus dependent files or directories. This perhaps will irritate supporters platform Windows PhoneBut the interface has its indisputable advantages, such as a larger size of the elements, the side menu that allows immediate access to all folders in the internal memory or card and online mode drag-and-drop. Except standard list view modes and large icons, media Explorer offers a useful Preview mode. It implements an interesting way of navigating through the current directory that uses a horizontal scrolling list and provides an additional field, that displays information about the currently selected file, such as date, extension and size. 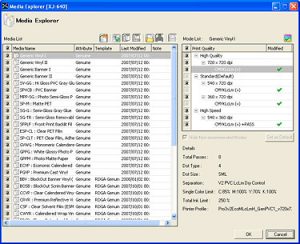 Unfortunately, the app does not display advanced information, such as for example EXIF image or codec used by a video stream. Besides local directories and the SD card, media Explorer can connect to services Dropbox, OneDrive and Google Drive, Directory structure and it is shown in the left side menu to display. Working with files and folders basic needs: create, delete, rename, copy and move. The application allows multiple selection and work with multiple files at the same time looking in the current directory and its subdirectories and distribution of elements by name, size, date or type.

Media Explorer can work with ZIP archivesAllowing inspection and ripping and create new archives which contain recently selected items. media Explorer is not a profull shower and has some small shortcomings, such as the sometimes slow reaction of the side menu or the lack of better preview modules. The application also offers the options of Share si Upload, the difference between these being that the former uses the sharing routines of Windows PhoneWhile the second uses only internal integration with OneDrive, Google Drive or dropbox. Image viewer module integrates with native routines Windows Phone and plays the functions of editing, saving and marking in the list of favorites, but only allows the individual viewing of a file. Considering that it is free, users can get an idea about its qualities without any hesitation. media Explorer can be downloaded from Windows Phone Store.