When he was released iPhone 5SConsidered that the device has a security very good, hard to fool, because Fingerprint scanner with which users can block and to unlock screen thereof. While this is true (security being so much improved compared to the standardwith security code) Has found a exploit last update iOS 7.1.1 can bypass any Security Method user used to lock the device iOS used (including the fingerprint scanner).

Thus, if you have activated you can access Crab on lockscreen, You can ask him to perform the various tasks for you, which normally could not do until after unlock the device. For example, you can ask Crab sa enumerate contacts phone or or call certain contacts phone, and send them text messages or e-mails. 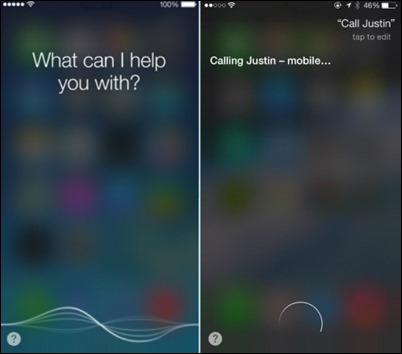 The user who discovered the glitch in iOS 7.1.1 revealed that through CrabWithout IOS release device, it can also edit, copy or share-ui contacts from it.

If you are worried security or privacy Your recommended that, until Apple will solve this problema, sa disable access Siri from lockscreenOr, for a better precaution disable Siri all.

Blackberry Z3, a last attempt to rescue the most respected brand in the telecom business

New HTC One mini 2, younger brother of top of the range will be released this summer

How can disable Call Waiting feature on your iPhone

How can we program stopping music on an iOS device