Earlier this month, through a video ads alleged accidental LG revealed plans to introduce a new smartphone series G, namely Stylus G3. With just a week before IFA event 2014 which will be held in Berlin, the company announced official launch terminal, it will be part of middle class a LG smartphones. 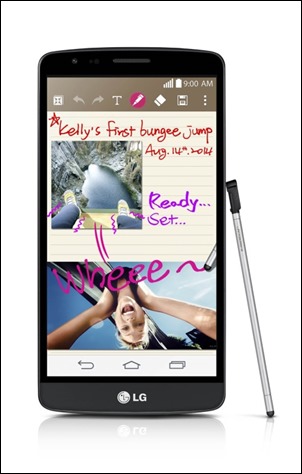 LG Stylus G3 will run the operating system Android 4.4.2 KitKat 3 and will be available in colors: black, white si golden. There are no known other details about the device, such as price and its regional availability, but certainly they will be communicated after official launch which will take place at the exhibition IFA 2014.

HTC Desire is launching a new smartphone with 64-bit processor