Are you wondering what an inexpensive iPhone will look like? New rumors suggest that Apple will present a cheaper iPhone alongside 5S, noting to make the phone look very colorful.

These images were collected by MacRumors and Ciccarese design based on previous rumors and leaks with full color and iOS 7 cases that appear on the screen.

Apple It is ready to reveal not one but two iPhones this year: an improved successor expected to be named iPhone 5 5S, and for the first time, a cheaper model. 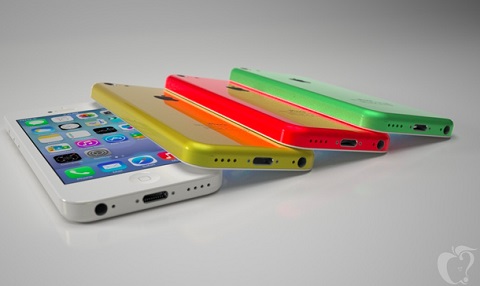 Rumors suggest the cheaper model could be called iPhone Light and specifications smaller budget this iPhone is expected to come in a plastic box available in a rainbow of colors. The photos as seen on this iPhone could be cheaper in yellow, red, and green.

iPhone Light is expected to have a thickness of 8.5mm, slightly thinner than both the current model and the expected 5S. And the new iPhone will be the first to highlight iOS 7, the latest version of mobile software from Apple and the new look for iOS from the iPhone for which it was born.

Next generation iPhone is expected later this year.

HTC One Mini soon in Europe