One of the most anticipated announcements by users iOS was made the other day by sources apromarket Apple, Namely that the device iPhone 6 will be released in September this year. Taiwanese publication Industrial and Commercial Times also reported that Pegatron, one of the al Apple for proleading the new device, has already received 15% of orders the model 4.7 inch screen, the company will prolead over this year 50 million units (Such iPhone 6 and also iPhone 4S si iPhone 5C). 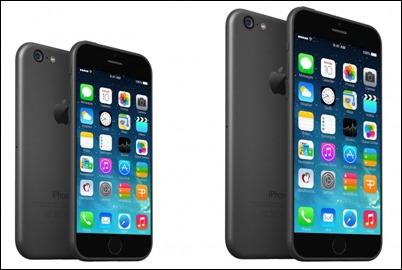 After information appeared online, Apple is likely to launch two models of iPhone 6, Both with larger screen than the 4 inches of the existing models on the market (iPhone 5 si 5S). The iPhone 6 Screen 4.7 inches It will be released in May September, While the display pattern 5.5 inches market appears to end (Its late release was apparently caused by proproblems with the supply of Battery appropriate and Saphire glass used to display phablet).

Earlier reports have announced that both Pegatron and also Foxconn (Another contributor Apple) Commands have already been proiPhone 6, Pegatron will receive % Of the total number of commands 50 for those devices, and Foxconn will proleads no less than 90 million units just this year.

New HTC One mini 2, younger brother of top of the range will be released this summer