Apple launched the first week update for iOS 11. This update was predictable, because iOS 11 was released with a series of bugs and bugs. All of this has been reported and charged by iPhone and iPad owners.

iOS 11.0.1 is a first update for iOS 11, which solves a part of errors si bugthe new operating system. 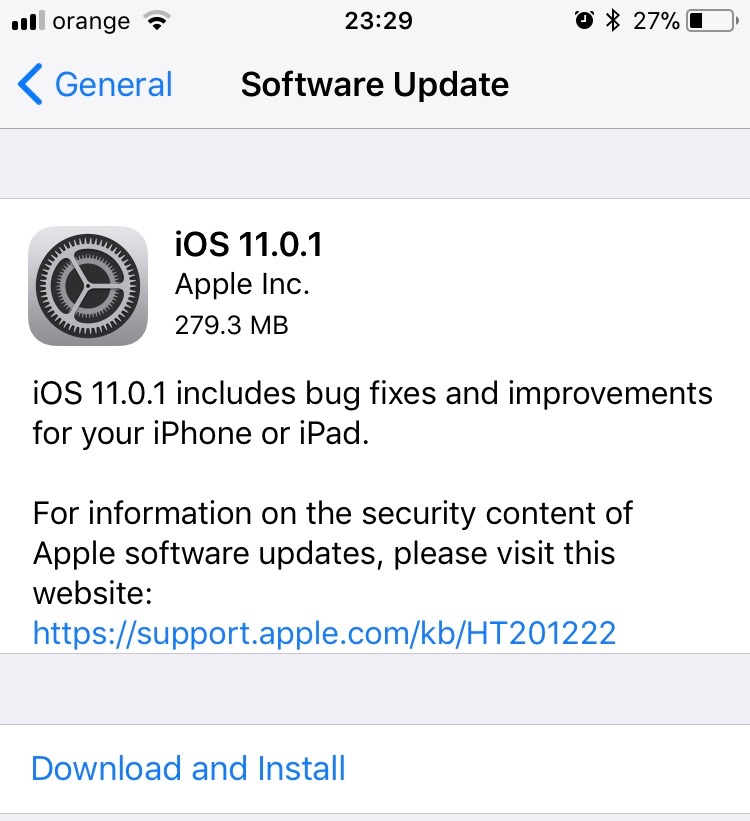 Changes visible as interface and as options are not, but on a iPad 4 Mini I noticed an easy one improvement at the time running applications. Everything goes a little more fluid and uninterrupted.

We hope that in the near future, Apple to come up with an update to better optimize the operating system for a lower battery consumption. Many users complain that after the update to iOS 11, battery from your iPhone or iPad keeps much less.

iOS 11.0.1 can be installed from Settings > General > software Update or via iTunes, for all owners of iPhone 5s or newer models, iPad Air or newer models.
For download, it is recommended that you have one Wi-Fi si minimum 50% battery.