Apple has recently released the latest version of the iOS operating system for iPhone, iPad and iPod Touch.
in version iOS 10.3 2, Apple he emphasized that usually on security issues and minor bugs, without specifying which changes were made more precisely. We can say that we got used to this policy Apple.

You can do update to iOS 10.3.2 by connecting to iTunes or "Settings">"General">"software Update" 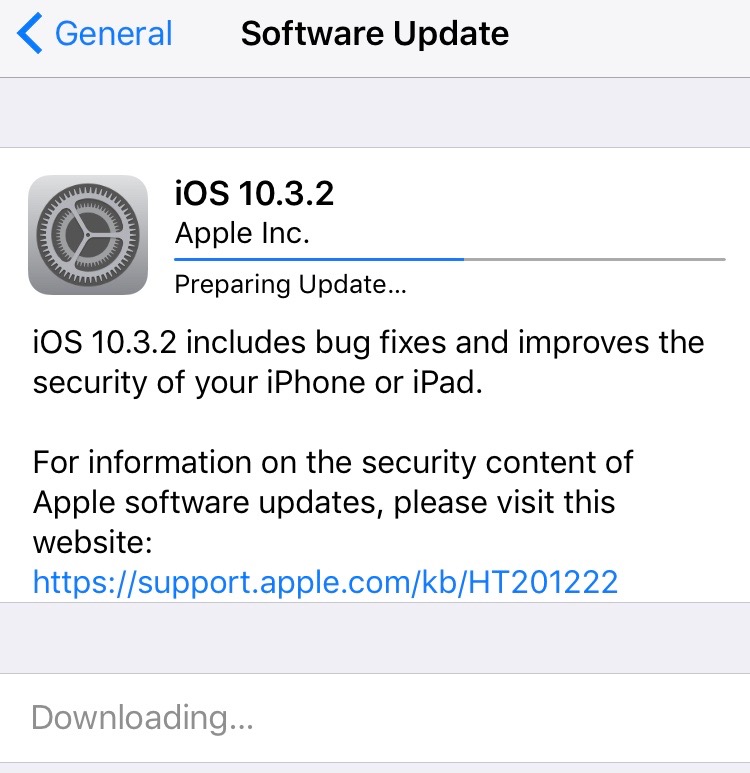 Prothe installation cessation lasts between 5 and 15 minutes, and the devices eligible for this update are only those on the 64-bit architecture. Specifically, newer models of iPhone 5S, iPad Mini from generation 4 has, iPad mini 2 si iPod Touch 6 generation has.

Psoibil that after installation is to find that your devices work a little harder. Usually, this problem occurs because of reduced space that you have.

With this update, Apple has released new versions and MacOS, tvOS si WATCH.

Apple attack the Indian market! Production of the iPhone SE has begun