Samsung is a major player devices based on operating system AndroidAlthough the producer has the main role smartphoneCEs. South Korean company seems to consider launching new devices with support Windows PhoneAlthough it will not do this step before resolving a dispute Microsoft anericana renowned company initiated last year.

According to rumors appeared lately, Samsung internal testing operating system stability Windows Phone 8.1 on guinea-pigs and is interested in launching terminals in the Microsoft version. Unfortunately, at this point, this is impossible because the Korean company refuses to pay the fees for the Microsoft patents used. According to Samsung, Microsoft has become a direct competitor since it has acquired NokiaAnd this invalidates the contract signed in 2011 for Windows Phone software licensing. If Microsoft give up this process, Samsung Windows Phone devices could get the green light. It seems that this will be possible soon and new smartphones could be delivered to stores later this year. 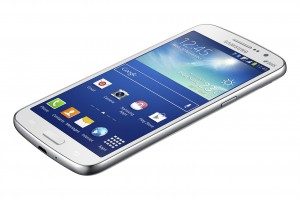 However, do not know if these new handsets with Windows Phone Samsung 8.1 will be rebranded versions of the terminals with Android devices already launched or completely new and do not know whose market segment will be addressed. Lately, Windows Phone sales have declined globally, and in just the past two devices have managed to bring significant sales on this platform.

Samsung announced the Galaxy A7, officially