After a month Huawei has announced the launch of Honor 6 terminal in Europe (Honor series includes devices with high-end hardware specifications, available at very affordable prices), it seems that the Chinese company will soon launch a new variant, called Honor 6 Plus, which is coming the package with a series of features that highlight it from its predecessor.

Honor 6 Plus, which has already been approved by the TENAA commission for production, does not make any big differences to Honor 6, including most of the same harwood specifications, with the difference that the Honor 6 Plus display is higher than Honor 6. But what makes the new version more exciting is the dual-camera system with which it is equipped, a system used by very few smartphone models to date, most recently the HTC flagship, One M8. 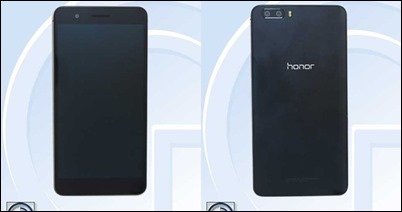 It is not known at this time whether the device will be made available globally, or Huawei intends to launch it only locally (ie only in China).

Samsung plans to launch a foldable smartphone screen to late 2015

October 29, 2014
Back to top button
Close
Close
This site uses local cookies to give you a good online experience and cookies from Google and third partners for traffic and marketing analysis. Find out what cookies are used, what it is used for, and how you can turn it off by following the "Cookies policy" link. OKCookie policy