Those from Huawei have made a new smartphone from the Ascend series, D Quad XL top of the range being launched 2012 Mobile World Congress in Barcelona. The new Ascend is equipped with a Quad-Core Huawei K3V2 by 1,5GHz and is declared by the manufacturer as the fastest smartphone in the world. The XL has a 4,7 "IPS-LCD" capacitive screen with 720 × 1280 pixel resolution that can play the full HD 1080p video files provided by the 8MP camera and the 1,3MP front camera is integrated for video calls. 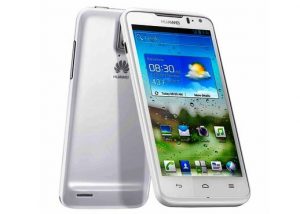 Storage is provided by a memory ROM and RAM 8GB 1GB is helpful for running applications that can be installed on Android OS Ice Cream Sandwich. The autonomy is ensured by an 2500mAh battery that can provide the Chinese hope to enter the world of the best and fastest smartphones on the market, a very difficult thing since 2012 will be the year of Quad-Core smartphones.

The new Nokia PureView 808 a camera with integrated phone 41MP