Chinese from Huawei it is trying again to keep up with the market's hardships and they are also constantly launching cheap but high performance models to be interesting for the huge market in the field. So Huawei is reference to Chapter the thinnest smartphone in the world by model Huawei Ascend P1 SIt has only 6,7mm thickness and 130 grams. This model is equipped with a display AMOLED The 4,3 that has integrated the latest technology in the field Corning Gorilla Glass, Has 3G connectivity, Wi-Fi and Bluetooth 3.0. 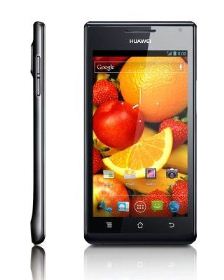 Ascend running OS P1S Android v. 4.0 Ice Cream Sandwich and is equipped with a dual-core 1,5GHz Cortex A9 processor. Among the included applications we mention the products Google: Google Maps, G-Talk, Google Search, Gmail, and SNS support for popular social networks lately. The device has an internal memory of 4GB, 1GB RAM and microSD slot for cards up to 32GB and the 8MP autofocus camera is capable of filming at high definition resolution.

All these are enough reasons to choose the new Ascend will be available for the European market soon and we believe will be successful for those who make based on price / performance ratio.

Call and send free messages with Viber on Android

Get rid of OpenFeint on your Android phone