Although most mobile device manufacturers have been quiet with this year's releases and are already preparing the first flagships for the 2015 year (part of them to be announced at CES, an event to be held during the 6-9 January), Huawei has launched a new phablet just before the holidays, namely Ascend GX1, which is already available for sale at the company's online store in China, priced at 255 $. 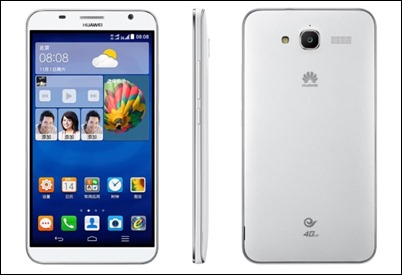 Ascend GX1 is only available in black and white version currently sold only in China, but most likely it will be present in January and markets in other regions.

Samsung Galaxy Alpha receives a limited edition for the holidays

October 29, 2014
Back to top button
Close
Close
This site uses local cookies to give you a good online experience and cookies from Google and third partners for traffic and marketing analysis. Find out what cookies are used, what it is used for, and how you can turn it off by following the "Cookies policy" link. OKCookie policy