An invitation HTC event CES 2015 will take place between 6-9 January in Las Vegas and a teaser published by Taiwanese company on its Weibo, revealed publicly its intention to launch a new terminal series Desire to be has a super camera. 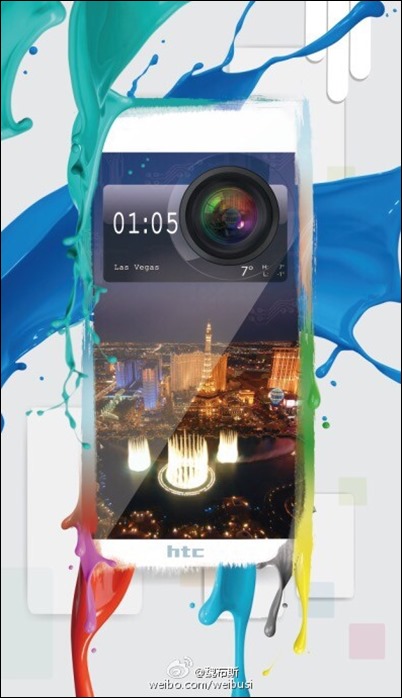 The invitation confirms that HTC plans to launch a new smartphone the day before the start of the CES fair (5.01.2015), this emphasizing the camera of the terminal as well as the fact that it will be available in a wide range of colors, and the teaser, which contains the message Always Desire More gives us reason to believe that the terminal will be one included in the Desire series, the most probabil a descendant of the HTC Desire Eye model. 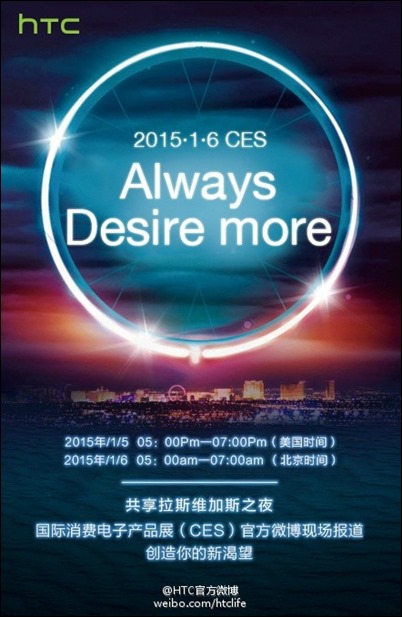 It is not yet known exactly if the super-camera will be a frontal one, dedicated to selfies proor will be the main camera of the device (from the back), which is speculated to rival that of the Nokia Lumia 1020, but some information recently leaked on the net say that there is already an HTC device, named code A52, which will be available in two variants: one with a powerful 13 MP front camera (it will have 16 GB internal memory), and one with a 4 MP front camera (whose internal space will be 32 GB) . That terminal would be dedicated only to Asian markets and most probabil will be launched before the start of the CES 2015 event.