A new report in the online reveal that HTC could launch new tablet Google Nexus 9 on 8 OctoberThe date on which the company will hold the event double ExposureWhen will be presented and camera HTC One M8 Eye and a dedicated self-s new smartphone, called HTC Eye. 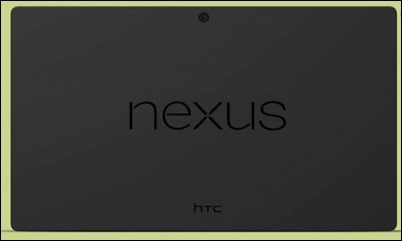 According to the same report announced release date tablet, Nexus 9 will run the operating system Android L and will have the following specifications: display Full HD de 8.9 inches resolution 1920 x 1280processor quad-core pe 64-bit Nvidia Tegra K1 de 2.3 GHz, 3 GB RAM si 16 GB internal space expandable up to 128 GB by microSD. Previous rumors about Nexus 9 argue that it will have a main room Sensor 8 MP si OIS and one front sensor 3 MPBut none of this information is not received confirmation date.

Another leak that predicts a release imminent Nexus tablet 9 is the one made by Chinese site VR-Zone, who posted Unofficial images cu case with Bluetooth keyboard included created for the new tablet Google. Housing will double role, the protection tablet and allows at the same time and increase productivity through physical QWERTY keyboard.

December 6, 2014
Back to top button
Close
Close
This site uses local cookies to give you a good online experience and cookies from Google and third partners for traffic and marketing analysis. Find out what cookies are used, what it is used for, and how you can turn it off by following the "Cookies policy" link. OKCookie policy