Company HTC seems to prepare a press conference announcements and revelations to Mobile World Congress 2015. Besides the new HTC One M9, mobile phone with code name "Hima"The Taiwanese company is rumored to be preparing another model from the same range in its form"Hima_Plus" or One M9 Plus. Although differences will be apparent from the very first glance, the model is noticeably higher Plus, it looks like it will receive exclusive functions, which will be found on the new standard M9.

HTC One M9 Plus is actually the answer to phabletCEs and 6 iPhone Plus or Samsung Galaxy Note 4 and comes with a number of defining characteristics that we emphasize to them. Even if the system Duo CameraWhich debuted on HTC One M8Disappeared from normal M9 model, it will be found on M9 Plus. Unofficial say the new main camera sensor HTC phablet will be conducted by Sony and will be able to capture images at 20.7 megapixels. Probabil that the camera's functionality will be similar to what we already encountered on the company's smartphone, launched last year. 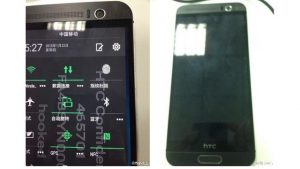 Also, can be seen at the bottom of the device a new element to the series of smartphones One. It is a Home button physical. Although it is new functionality that it offers will not amaze anyone. Besides The Use to record, which returns the user to the home screen, it has a sensor footprint built. However, it is curious that HTC has opted for a sensor similar to the pattern HTC One Max, On the back of the terminal. Furthermore, elongated button suggest that it will take a vertical sliding on its surface, also from mobile phones Samsung. 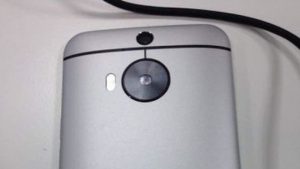 Although HTC M9 Plus is intended to be a smartphone higher than the standard M9, image sources say that HTC will not try to sell this model under the phablet category. It seems that Taiwanese will want to present the Plus model as an alternative with extra functionality compared to the basic model, which will certainly be much more popular. It is possible to find out the final technical specifications of the M9 Plus, as well as its price in the coming weeks, when the official revelations will be made.