HTC announced it plans to launch several entry-level smartphone models next year, as part of Taiwan's attempt to raise its market share, which stagnated last year despite the launch of the One M8 flagship and a few mid-range models from the Desire series. 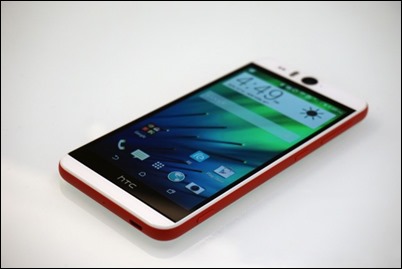 The announcement was made by one of HTC's presidents, Jack Tong, who revealed that entry-level smartphones will be destined for the North Asian market, which will also offer LTE (4G) connectivity to users. Most likely, this decision was taken by HTC after other Asian mobile manufacturers, such as Xiaomi, managed to get impressive results last year following the same strategy.

For next year HTC has plans to launch flagship site and M9 One, which includes the hardware specifications and 810 Qualcomm Snapdragon processor and a more advanced camera sensor, but more information about this will be revealed in 2015.

Z1 Samsung will launch first smartphone with Tizen OS, on the January 18

HTC is preparing to launch a new mid-range terminal, Desire 620