After the official announcement of iPhone 7Mobile phone appeared for the first time listed in the database GeekbenchOne of the most popular performance tests. Preserving tradition Apple continues the development of procesoare very powerful smartphone lead over the devices listed are accessorized with Snapdragon 820 or Exynos 8890 from Samsung, but only in certain situations. Listing on Geekbench has a score of 3379 points in single-core tests and 5495 points in multi-core tests. In comparison, a Qualcomm Snapdragon 820 to achieve the proapproximately 1900 points for the first test and 5500 for the second, while Exynos 8890 reaches 2060, 6100 points respectively. It is obvious that Apple wanted to make a provery fast in applications that use a single core, providing only parity for multi-core applications. 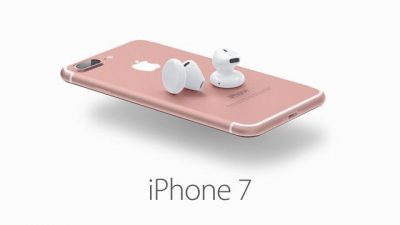 applications for iOS They are usually designed to benefit a single core, because you have to provide compatibility with older generations iPhone Who receive only procesoare single core. With this listing, we can see a list of technical specifications yet unconfirmed, confirming certain rumors and deny others. The device is listed as "iPhone 9,3", Which suggests that it is the iPhone 7 Plus model, if we compare the figures in the name to previous generations. It is accessorized with a procesor Apple A10 dual core and 2GB RAM, despite the fact that it was rumored that the new phone will integrate 3 GB of memory. Also, it is possible that iPhone 7 to engage directly with iOS 10.1 and not with 10.0. The reason behind this decision could be the feedback received for version 10.0 in beta, which was available for testing in the second half of the summer.

15 in September, the Asian market will appear Meizu M3 Max, an affordable smartphone