Users of limited data subscriptions or those living in areas where the data connection is not stable will be happy to know that Facebook has launched a mobile application update process that will enable them to download videos to their mobile device for offline playback. This new feature has already appeared on the phones of some users and is going to reach the rest of the world in the coming weeks. 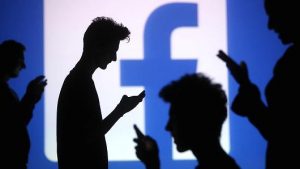 If this feature is enabled on your personal account, application Facebook will display a notification. It describes the rescue of clips and shows the place where they can be played once you are saved. These clips can be stored indefinitely and can be played anytime, anywhere and at any distance of time after they have been copied to the internal memory of the mobile terminal. To protect the copyrights of creators of content, these clips can not be accessed directly. They can be played only through Facebook application and encrypted so it can not be detected by other multimedia playback applications. Prothe save cessation is simple and intuitive, only needing to click on the context menu next to the video clip, from where the save function is selected.

Currently, only those who use it Facebook in beta versions 85 and 86 have been saved to video clips, probably in a few weeks to be implemented in the final version.

March 9th 2020
Back to top button
Close
Close
This site uses local cookies to give you a good online experience and cookies from Google and third partners for traffic and marketing analysis. Find out what cookies are used, what it is used for, and how you can turn it off by following the "Cookies policy" link. OKCookie policy