Although so far Apple refrained from commenting about the details of the launch of the iPhone 6In connection therewith sufficient circulating for months rumors have helped us to form strong ideas about the next generation of iPhone. Basically, due to the leak of information disclosed online sites, iPhone 6 It was dubbed the worst kept secret Apple, Although the first official information made by the Company in respect thereof is the date of submission, Announced on 9 September 2014. 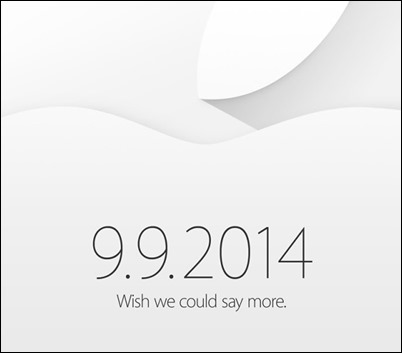 Model iPhone 6 which will be announced on September 9 will be most probably the screen 4.7 inchesIt will be the main model of range smartphones Apple. Model 5.5 inches looks like it will be time delayed presentation because certain production problems (At least this has been stated many online sources, although, obviously, not this information is not confirmed).

The most likely iPhone presentation event 6 will include the unveiling of products and services Beats, Given that Apple acquired Beats Audio A few months ago, and it is conceivable to be announced also enigmatic Smart Alarm iWatchAnother product of which so far nobody knows anything concrete.

The event, organized for the presentation smartphone iPhone 6 will be held in Flint Arts Center faculty De Anza from Cupertino, Where after the 30 years Steve Jobs, founder of ApplePresented first Poppy (In 1984).