Since the release of the final version of iOS 11, Apple came aprowaters weekly with updates for both devices enrolled in Apple Beta Software Program, and for the other iPhone and iPad.

If in the beta version of iOS 11.1, Apple no longer offers information about the changes made, for the public version iOS 11.0.3, is said to be solving a series of bugs for iPhone si iPad. 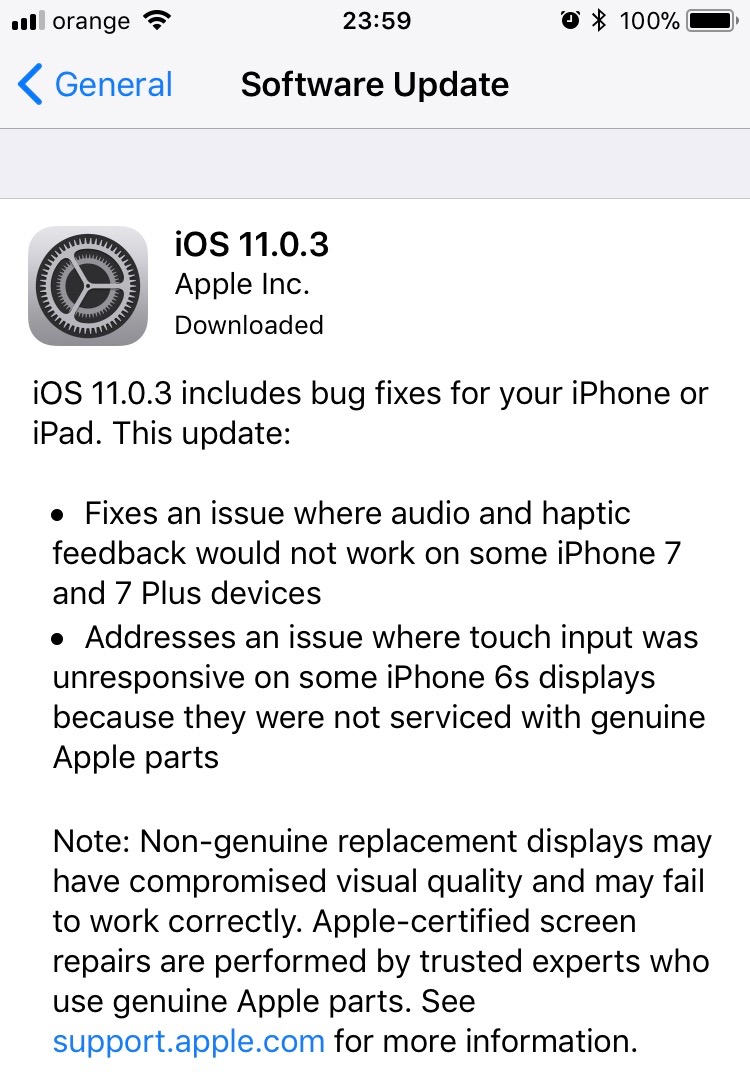 Solving sound si haptic feedback for iPhone 7 si 7 iPhone Plus, and most importantly, the resolution (at least for a period) of touch malfunctions for iPhone 6s devices whose screens and touch have been changed to unauthorized services by Apple.
As it seems, after the release of iOS 11 many owners of iPhone 6s they complained no touch functionsCPC. Problema appeared on iPhone 6S devices that had the screen broken and that were changed to unauthorized services Apple, using non-certified screen and touch Apple.

So, in the future pay attention to quality and prothe origin of the components that are changed in service. If they are not original, it is very possible that in the future, after an iOS update, they will no longer be compatible.

IOS updates can be downloaded and installed via iTunes or directly on iPhone or iPad via "Settings”? "General" ? Software Update. Minimum 50% battery and Wi-Fi connection.