For some time there has been much speculation and rumors release of LG G2But now the company says the device driver itself will be unveiled at an event August 7 in New York.

Prothe driver of the new smartphone LGOn the dedicated website G2, Said: "LG G2, a phone inspired by you, is revealed on August 07 2013". 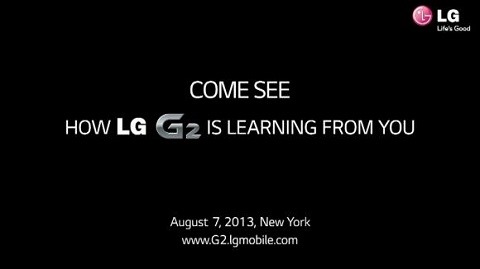 With a widget counting down to "unveiling"'s G2, Says that the events related to the launch will be transmitted live on the website.

The site also has a series of promo videos for the track, giving us only a clear picture on the back, allowing us to see the camera and volume buttons placed below it around the flash.

Website and video also says that the handset is "vto learn from you. "We really are not sure if you do that, but with the powerful Snapdragon 800 inside the phone, the possibilities are endless.