In recent years, the notion of voice call si messages (SMS) which defined "mobile phone" has changed a lot. The mobile phone has become a means of communication and exchange or sharing of information in several ways. With prothe fault of mobile phones, have prowrong and how to connect. From simple GSM connection for voice and short messages, to connections 4G and Wi-Fi which allow us to send pictures, video files, documents, to initiate video or voice calls. All this is possible only if the mobile phone (smartphone) is connected to the Internet.
This one to theproinconceivable waters that nowadays we have a mobile phone that is not connected to a up infrastructure for mobile data and internet.
When we are home or office, the easiest connection is WiFi us, coming from a wireless router. Stable connection, enables large volumes of data at high speed and especially, it is free. In traffic, at a fastfood, restaurant or other location, handy connection we 3G / 4G, but this connection is limited to the price charged by the operator. On the market are mobile internet subscriptions with unlimited traffic, but after exceeding the number of MB / GB at 4G speed, allocated to the subscription, this "unlimited" translates into a drastic decrease in download speed / upload. In Romania, Telekom is the operator that does not charge for exceeding the included traffic, after exceeding it. Orange and Vodafone operators charge for overtaking traffic included in the subscription. So, the WiFi connection remains the best, but in order to connect to a wireless network outside the "familiar" spaces, we will have to use an application that indicates the WiFi networks available for free, without user and password, in the area Our.

application WeFi Pro 100% is free and we identify Wireless networks that have free in the area where we are or in areas apronew market. WeFi Pro it works like this Waze application (application widely used among drivers), based on information received from users. WeFi Pro establishes our location at the time of launch, then indicates on the map the locations in aproperish in which are the free evils of Wi-Fi hotspots to which we can turn. Moreover, we show that the most stable and fastest connections. 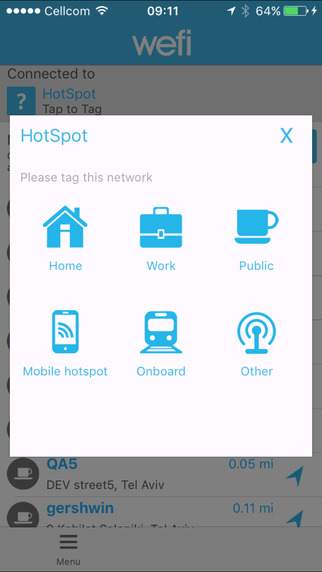 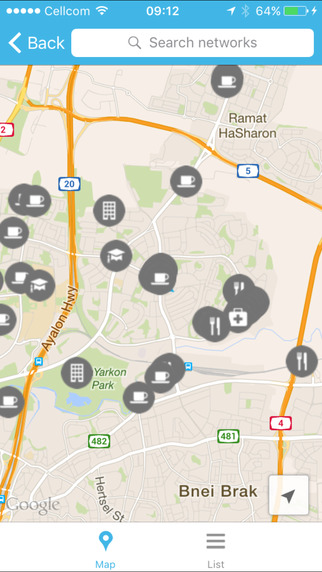 If you find a free WiFi network that is not on the map, you can add it with just a few taps of the phone display, and so other WeFi users will be notified of the availability of this network, when they will beproperishes.

WeFi application Pro is available free of charge for all devices Android and iOS (iPhone) and can be installed from Google Play, respectively the App Store for iPhone users.