It was not officially released, but a lot of information about the iOS 11 features on iPhone 8 / iPhone X appeared.

A feature that will be introduced with the launch of the new iPhone device is Face ID. This feature allows securing iPhone devices by facial print. In particular, Face ID scans the authorized person's face, and unlocking will be done "at a glance". We're looking at the iPhone again facial detection sensor will unlock your device. As an alternative, the device's unlock password will remain. Face ID & Passcode appears to be called the new iOS security option.

Pe Twitter a picture has already appeared that looks like this new option in iOS 11 will look like the final version. Of course, this screen is made by a user based on the data extracted from the new iOS 11, showing in detail the Face ID features. 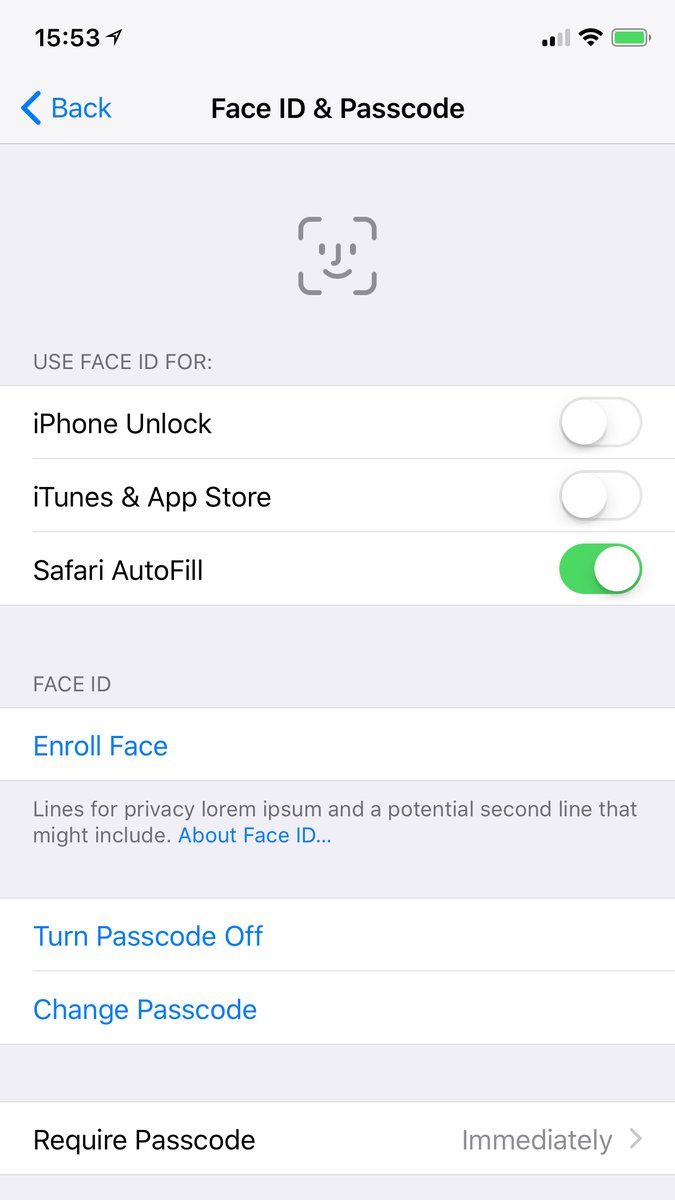 How to Configure Face ID on iPhone

First of all, just like in the case of Touch ID, you will choose a passcode (a password) that will be used in situations where facial recognition, Face ID is not available.
After setting this iPhone unlock passwords, go to the facial recognition process through which the face features are recorded in iPhone. Tinem iPhone with the front side a distance of 30-50 cm front, with the Face ID setting open. "Hold your iPhone 10 to 20 inches from your face".

We rotate the head slightly to the left and right, up and down to capture an 3D image of the face. Or a circular motion of the head. This process will be done twice, for good accuracy. In the image below you see exactly how to move the head to set Make ID on iPhone.

At the end of the process, the iPhone will be locked and a test will be made to confirm that facial image registration has been successfully performed.

Another novelty is that once the facial sensor detects that you look at the iPhone, the display light will remain open and notifications will no longer sound, even if the iPhone is not in silent mode.

Because this feature of iOS 11 requires a dedicated sensor on the front of the iPhone, Face ID will only be available on the new iPhone models. Most likely, the 7S iPhone will get this feature, even if it does not feature an OLED edge-to-edge display.

When to sell the iPhone 8 and where to buy it

February 5
Back to top button
Close
Close
This site uses local cookies to give you a good online experience and cookies from Google and third partners for traffic and marketing analysis. Find out what cookies are used, what it is used for, and how you can turn it off by following the "Cookies policy" link. OKCookie policy