10 years ago, the American giant Apple has rewritten the history of smartphones by launching its first model iPhone. A totally new phone that at the time brought top innovations and a unique and totally different operating system to other manufacturers. At that time Android he was also pioneering, tracked by Symbian shadows. Practically the two operating systems, iOS and Android launched in the same year. 2007.
Over these 10 years, Apple has tried to bring a new design, new features and capabilities to the iPhone. Most of the time he has managed, and this has been seen in the number of fans who have grown steadily. It's true that much of iPhone sales are due to marketing, but to be serious ... no matter how good it would be to advertise, we still could not convince us to give 700 - 1000 Euro to an iPhone that would block or have other major issues.
It was pretty clear that Steve Jobs was not the fan of the buttons and especially of the keyboard. This was at the time the iPhone's biggest innovation. Moving the physical keyboard with buttons on the phone screen. Besides the "Home" button, the iPhone never received another button on the front. Even more, in 2016, with the release of iPhone 7, the physical button has become one touch. 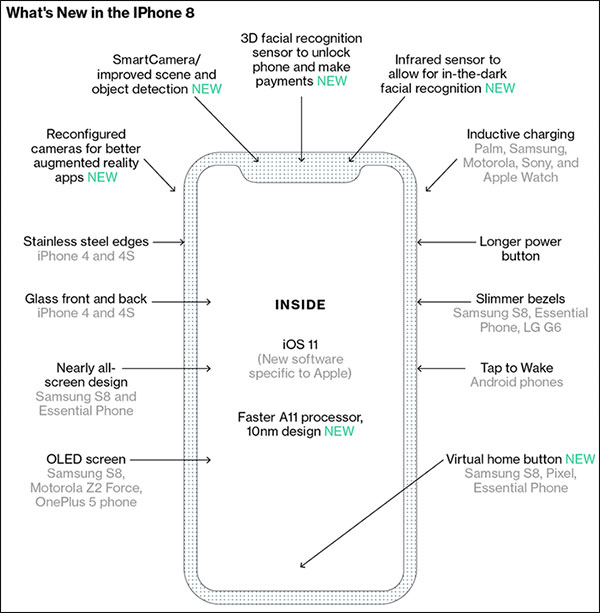 Innovations, Changes and Features of iPhone 8

Not all the news on iPhone 8 is a novelty in the smartphone market as well. Some of the new features and features of the iPhone 8 already exist on top models at Samsung or Google pixel.

Home button
In 2017, Apple remove all the "Home" button from the bottom of the iPhone, which will be part of the display. The new OLED technology used on the iPhone 8 screen will allow this capability. Touch ID directly on the display. However, from what you hear, this one virtual button can not be moved to the screen. It will appear all at the bottom of the iPhone.
This feature we also encounter Samsung S8 and Pixel.

At the bottom of the display, at the current button touch ID, there will be a thin, virtual bar that slides will unlock the iPhone screen.

Along with the iPhone 8, iOS 11 will also be released, with capabilities that offer more freedom to users who want to launch multiple applications simultaneously. Add new gestures and swipes for multi-tasking.

The edge-to-edge screen provided by OLED technology will provide a great viewing experience for media content. Pictures and movies will look good on the new iPhone 8 compared to other previous models.

iPhone 8 will not have any free edge on the front, with all the space occupied by the OLED screen. It will be "cropped" at the top to make way for the facial recognition sensor and the front self-image camera.
Also on the exterior design side, it looks like the iPhone 8 will have thin silver edges, something similar to iPhone 4 and iPhone 4S. The upper corners of this strip will also act as an antenna for better signal capture.

Also a novelty for Apple, the iPhone 8 will be the first device to have slightly rounded corners, and the Power button on the side will be slightly longer so it can be pressed more easily when holding iPhone with one hand. 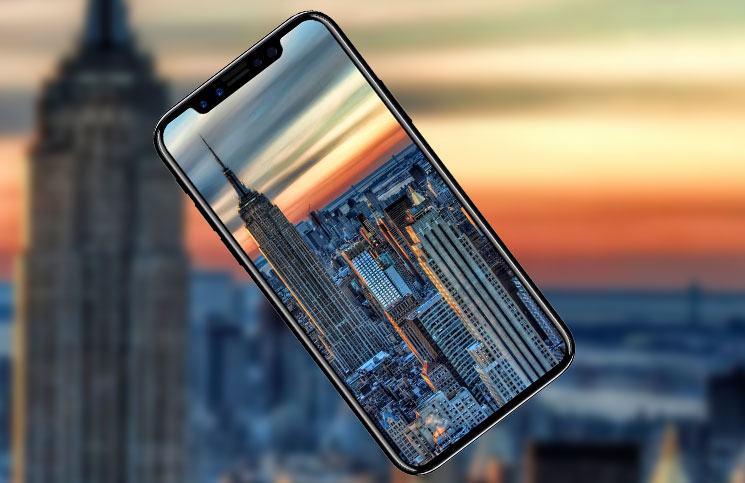 The best pictures and videos with the new iPhone 8 will definitely be on 12 September, when the launch event will take place in California at Steve Jobs Theater.