After last year Google announced Notes 4 among the older models that will benefit UpdateCPC to the latest version Android  6.0.1 MarshmallowTo end 2015, here the wait is over and after a delay of 4 months Samsung si Google decided to launch OTA long awaited update has already present on the latest generation of phones. new Google Android Marshmallow 6.0.1 will be installed on Samsung Galaxy Note 4 starting this month, the first lucky ones being the models equipped with proscissors Exynos and marketed in the USA, India and several countries in Europe where these models were sold. 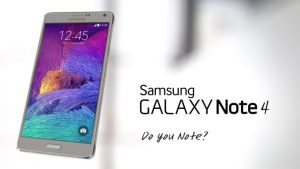 In the next wave will be unsubsidized models equipped with procesor QualcommMuch more as a share of global models and subsequently sold via mobile operators.

The new update will correct the consumption of the components and will improve your autonomy, ensuring an increase of 5-10% and will benefit from the function Off Screen MemoWhich allows displaying notifications even if the screen is locked.

Samsung Galaxy Note 4 2014 is the only model that benefits from the new Google Android 6.0 Marshmallow.