Less than half a year after the launch flagship site Huawei Ascend P7 began to circulate already unofficial about next terminal Top Chinese company, namely Ascend P8. From rumors appeared in online, it looks like it could be launched at the conference CES what will you in time 5 - January 9 2015 in Las Vegas, and among features that will pull out the terminal will include the housing designWhich will combine metal cu ceramic to obtain a sleek (Other rumors predict a back cover cu texture of porcelainBut you do not really specify whether ceramic component part of the case). 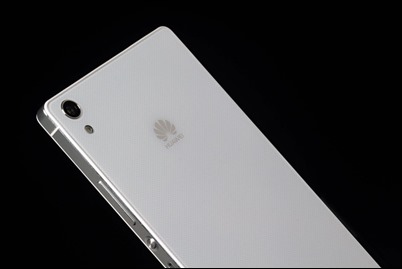 Regarding hardware specificationsNot know enough details yet, but expect display have a diagonal 5.2 inches and resolution 1080p and be made of curved glass 2.5D (Similar to that of the iPhone 6), The terminal will be powered by a chipset Kirin HiSilicon 930 includes a octa-core processor known.

Price that Ascend P8 will be available in China is estimated to be somewhere around 490$But Huawei has a habit of selling more expensive products outside the country, so it is very possible that smartphone to reach a global market higher price.