After the presentation of new devices iPhone 6 si 6 iPhone Plus and clever clock Apple Watch, Apple announced and the date the new operating system iOS 8 will become available to the public, namely Seprembrie 17 2014. 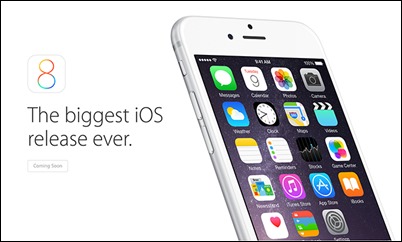 iOS 8, whose preview was launched in JuneHas design similar to that of iOS 7, But comes with a number of New Sites feature and many improvements for applications and feature-existing sites. Among these new predictive keyboardFunction of voice messaging and the feature of self-destruction photo added application iMessageNew application Health for organizing and following physical activity (fitness), the feature Continuity which allows taking telephone calls from other iOS devices connected to the same network and the ability to respond to text messages received directly from Notifications area. 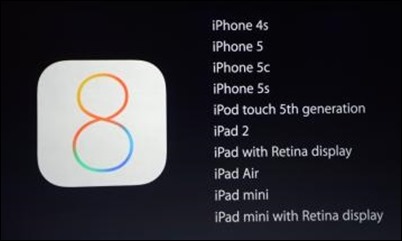 List of iOS devices be Compatible with iOS 8Besides the new launched iPhone 6 si iPhone 6 Plus is: iPhone 4S, 5, 5S, 5C si iPad 2, iPad 3, iPad 4, iPad Air and both models iPad mini. Also iOS 8 will be available for iPod Touch 5.

6 iPhone Plus will be available with the new iPhone 6