After they announced with much fanfare, the new iOS 6 after they completely dropped the services and applications Google, Feud and rival most importantly, here's the new face OS maps application preinstalled problems and locating the Apple Maps face many errors and problems related to interctiunea of ​​maps developed by TomTom and its own database which has made a Apple. 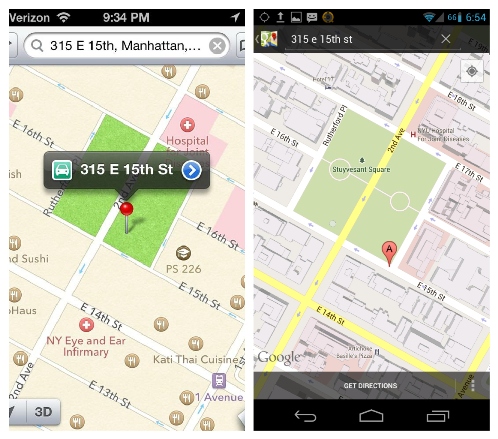 So her ownersgadgetsSites that did update to the latest version and found themselves without Google Maps si You Tube Americans are dissatisfied with the attempt to Apple and require users to use their new products to the already significantly lower than the acclaimed application developed maps Google. 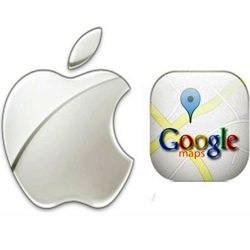 So to avoid the propagation of an unwanted negative image now after the launch of the new one iPhone 5, Apple recommend using other applications like maps Google Maps, Ovi Maps, Bing, MapQuest or Waze to solve application problems Apple.

The new iPad from Apple, a performance tablet that competes with Samsung Galaxy Note 10.1 N8000