Although it's only been a week since the launch of the operating system iOS 8, Apple has already two updates for he meant to correct some Bugs system. The first update, iOS 8.0.1, Launched just two days ago should have just solve some major problems, Deselection such as third-party keyboards introduction access code for iOS device, Unable to access certain applications Photo Library or unable uploadarii Media Files via SafariBut after installing the users reported errors Worst operation, namely inability devices to connect to mobile networks (Ie complete absence of radio signal) and Troubleshooting the Fingerprint Touch Sensor ID. 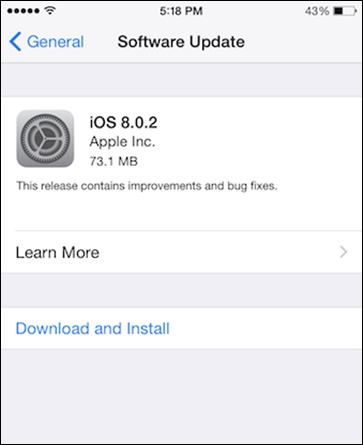 Although Apple immediately reacted by withdrawing iOS update 8.0.1 just a few hours after launch, considering that a great number of users have installed the update within the period of availability, the company was forced to urgently launch a new update to resolve errors caused by it. Short time but made it impossible to include in this update and some fixes for iOS visual problems 8They are less important, although unsightly. 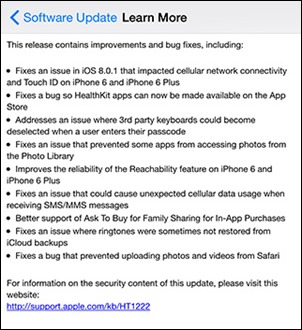