As announced at WWDC 2011, Apple launched new operating system iOS 5, Which is available to download via iTunes since yesterday. new iOS version It is compatible with iPhone 4, iPhone 3GS, iPod Touch 3G / 4G And with 1 iPad / 2 and because upgradlue it be possible, the devices must run iTunes version, namely v10.5. 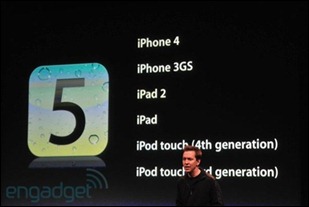 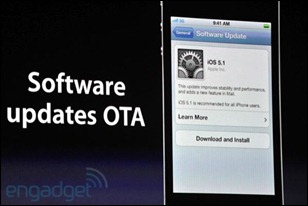 Another new and good news for users of compatible devices is iOS5 support that he has for software updates OTA (Over-The-Air), which means that OS updates They will not only be made via iTunes and users will be able to upgrade only what is required of it, not all operating system (ideal for users who do not have access to unlimited internet connection).

June 19, 2011
Back to top button
Close
Close
This site uses local cookies to give you a good online experience and cookies from Google and third partners for traffic and marketing analysis. Find out what cookies are used, what it is used for, and how you can turn it off by following the "Cookies policy" link. OKCookie policy