After an absence of one year and three months, the popular application for GPS navigation developed Nokia returns on devices iOS systemOffering owners tablets si phones Apple a variant Maps, Provided by Apple.

HERE Maps for iOS It comes with most functions for offline browsing available in version Android, Missing a few extras, such as support venue maps. Still offered free here Maps play for iOS suggestions GPS navigation aboard cars or using means of transportation, suggestions for interesting places to visit and GPS maps for more than 100 countries, all valid for offline use. 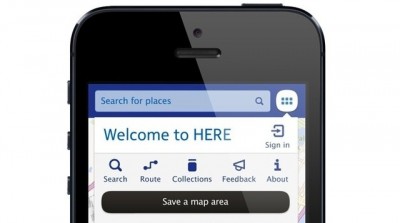 Navigation application Here Maps from Nokia will return soon and iOS. This is one of the most popular applications on Windows Phone and soon will debut on AndroidThanks to the partnership with Samsung. Service here Maps will be available on all three mobile platforms before the end of 2015. Nokia Maps They were launched in the past iOSBut they did not have the success expected. The application did not mix well with the operating system AppleAnd after the release of iOS7, The Finnish company decided to give full support and even to withdraw the application App Store. The reason was that the new version of iOS led to proapplication compatibility issues, which ultimately damaged the user experience.

Sean Fernback, Nokia SVP, admitted that the old launch variants here Maps on iOS It was a fiasco, but the fact that, at this point, the company's focus is exclusively on software has given the team the opportunity to make a proreliable shower.

The fact is that we will see the famous 2015 service here Maps pe iOS si AndroidAlongside the variant Windows Phone Number. Given that the divisions now Nokia de software si hardware are separate entities, there are no contractual obligations to stop porting services.

Download the latest and most beautiful emoticons for messaging services online