Those from Google try after the huge expansion that has made most mobile devices run the operating system Android, To face cyber attacks of viruses hidden in various applications Android exploiting a vulnerability in the system. This one proThe problem has been present since the beginning of Android since version v1.6 and allows infected applications to be installed and to pass the filter that verifies the digital signature attesting to the authenticity of the application. 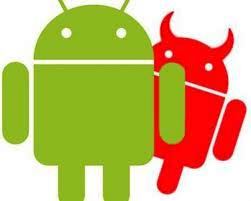 To be able to be proagainst these "little spies" users are advised to download their favorite applications only from Google Play and uncheck the "install from unknown sources" option that blocks illegitimate Android applications that are downloaded from other sources. The operating system being "open source", benefits from the advantages and disadvantages related to this fact. Among the advantages we mention the possibility to intervene on the software that can be customized and corrected by various developers and the possibility to be adapted to various mobile devices and more recently even in electronic and household appliances (SmartTV, refrigerators,…) and the disadvantages are that when a is discovered proThe problem must be rewritten and updated all the versions present on the huge market of mobile gadgets, this means a huge effort and a long reaction time. So far, the first gadget that benefits from the detected correction is Samsung i9300 Galaxy S3, following later with propay for the latest version of Android v4.2.2 and other models to benefit from it proTector.