Although it was released last May, the latest version developed by Google, Android 6.0 MarshmallowIt is now present in almost a year on the newest phones only Nexus si SamsungAmong them are found: 5 Nexus, Nexus 6, Samsung Galaxy S6 and S7, and variations Edge, G5 LG, HTC A9 and the latest Note series, Samsung Galaxy Note 5. For the rest Google promised upgrade to new version Android and for previous models for the end of 2015. Here comes 2016 spring and still the new one Android 6.0 Marshmallow is currently under 3% of devices running Android, Lollipop the most popular version of market presence. 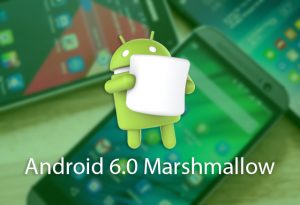 The update us as usual Google will be achieved progressively, firstly, on models not purchased and subsequently on subsidized terminals, sold through mobile operators.

The new Android 6.0 Marshmallow known as the Android M will try that by the end of 2016 10-15% to reach segment Android.

How out / eliminate scratches on the phone - iPhone, Samsung, LG ...

October 14, 2019
Back to top button
Close
Close
This site uses local cookies to give you a good online experience and cookies from Google and third partners for traffic and marketing analysis. Find out what cookies are used, what it is used for, and how you can turn it off by following the "Cookies policy" link. OKCookie policy