After months of speculation, rumors and leak online sites, Amazon today released the first smartphone company called Fire Phone. The device comes with a 3D innovative technology, Also called dynamic perspective, Offered by the 4 front sensors that track user movements to position effects 3D on display, they are equipped with Infrared lights to allow operation of the phone in the dark. Another unique feature of the smartphone is the application of visual scanning FireflyWhich is able to identify songs, TV shows, movies, art and other media products through the main chamber. 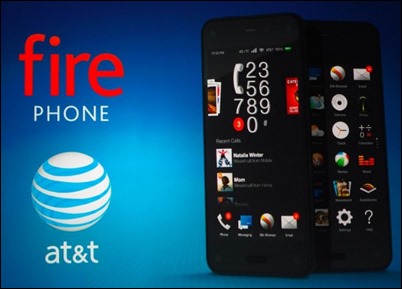 Momentary Fire Phone is available exclusively at AT&TModel of 32 GB having a price $ 200 for 2 year contractAnd model 64 GB a price of 300$ (For the same period of the contract).

If there's Nexus 6 will be produced by LG