Those from Acer after they conquered notebook market, prepared and some smartphones Android with that immense attention on the furniture market. After series Liquid, Stream and series Acer Iconia tablets prepared new Acer ClodMobile S500 but only in February was launched in September 2012. The main attraction of this model is the 4,3 IPS HD display "with a 720 × 1280 resolution that has a 342ppi density that delivers incredible images. Chipset Qualcomm Snapdragon MSM8260A is similar to the latest models from Sony and HTC and delivers enviable performance Dual-core processor 1.5 GHz Krait Adreno GPU assisted 225 module offers excellent conditions for running applications and games in high definition Google Play.

CloudMobile S500 runs 4.0 version Android Ice Cream Sandwich that can be upgraded to Jelly Bean v4.1 near future. In terms of connectivity the new Acer scores in all areas: NFCWi-Fi, Bluetooth v4.0, but does not support LTE currently increasing competition last appearances. Camera captures HD video 8MP ensure the menu is included YouTube HD Channel and as shown in the model name used CloudMobile cloud service and the Dolby Mobile audio quality sound when playing music. In Chapter autonomy gadget does not sit very well as most smartphones are not the last generation and more difficult to do a day of intensive use, but depending on the settings presonalizate one can earn a few extra hours. 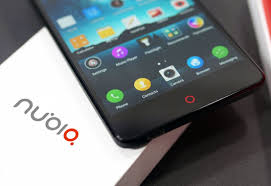 June 6, 2013
Back to top button
Close
Close
This site uses local cookies to give you a good online experience and cookies from Google and third partners for traffic and marketing analysis. Find out what cookies are used, what it is used for, and how you can turn it off by following the "Cookies policy" link. OKCookie policy